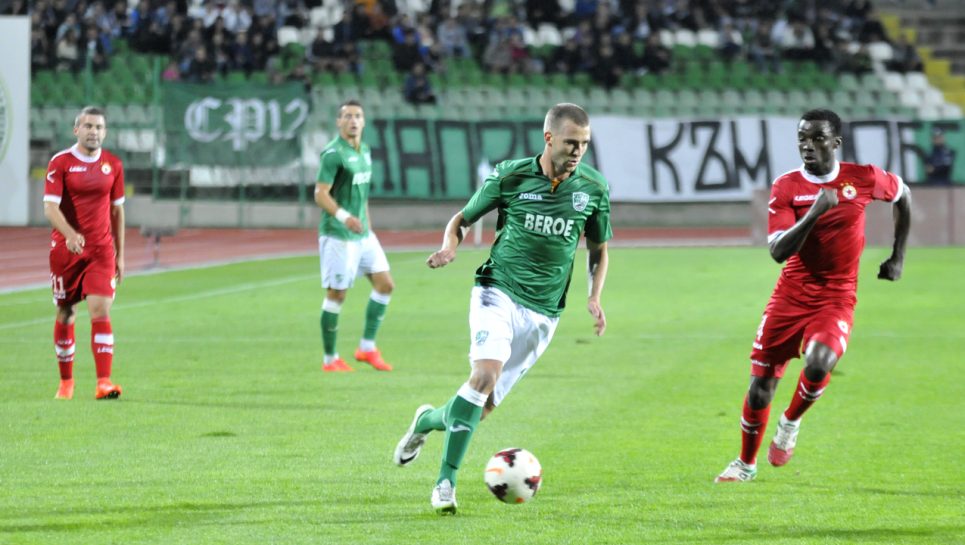 Beroe can confirm that Bulgaria national team forward Ventislav Hristov has today completed a permanent transfer to Croatian side NHK Rijeka. All of the terms for the completion of the transfer have been met. Beroe’s management thanks Hristov for his contribution to the team and wishes him all the best for his future.

Hristov joined Beroe at the beginning of 2013 and became one of the set players in the starting line up due to his qualities. He has 61 matches for the team in all tournaments and has scored 20 goals. He is topscorer of Beroe in this season with 6 goals. Hristov is Cup of Bulgaria and Bulgarian Supercup winner with Beroe from 2013.

Ventsislav Hristov is born on November 9, 1988 in Sofia. He is 185 cm tall and plays as a forward. His youth career started at Lokomotiv Sofia where he also signs his first senior team contract in the season 2006/2007. However he has no matches with the first team in this season.

In 2007/2008 he played for Sportist Svoge with 20 games and 4 goals and then joined Nesebar on a two-year contract where he appeared 23 times and scored 4 goals.

In the next two seasons he plays with Chernomorets Burgas with 38 games and 10 goals.

After joining Beroe he is loaned to Metalurh Donetzk in the beginning of 2014 for six months. At the Ukrainian side he has 4 games.