Hubchev: „We are very motivated“ 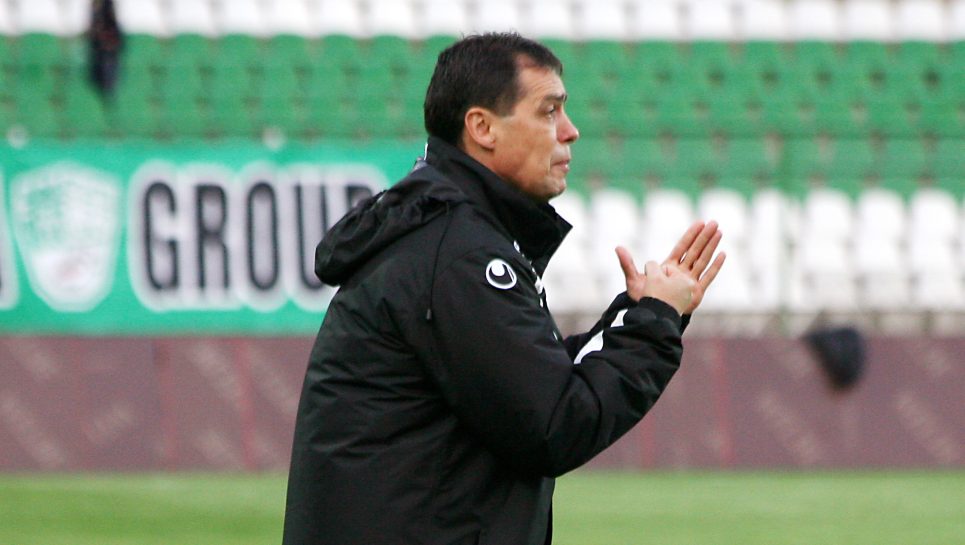 Two days before the game against Litex we spoke to coach Petar Hubchev, who told us about his impressions from the games until now and his expectations for the ones to come.

„There was much physical effort needed in Gotse Delchev. The game was totally different from the one for the cup. Nevertheless all players did do the things we want them to. Our goal is to give our best at every game till the end of the championship. The fans and the players as well are now convinced that we do not care about anything else than football. We play for ourselves, for the city, for the pride and the fans. I can say that since New Year everything is at a very profesional level. That is sport, of course, and we can lose, but everybody can be sure that we will give our best. That is what we expect from the players. We were the better team in the match against Lokomotiv (Sofia). We did not win, but that is not the most important thing. In this weeks, where we are playing every three days, it is also normal that there are some injured players or that there is some kind of tiredness. But what I always use to say is that we have 26 players and everybody should be ready.“ – told us Hubchev about the current state of the team.

„There is not much of a difference between the quality of the teams in the Bulgarian championship. Everybody can win against everybody else. We are motivated to win against Litex and will not save our powers for the final. There are some players who can not take part in the training sessions because of injuries. I hope that they are fit for May 15th. All players and fans think about the final and that is normal. I would prefer that we only think about the next training, but it is in the human nature to have the bigger goal in mind.“ – explained Hubchev.

„Now we have the chance to live the emotion of the final. Only because of the player’s efforts we have reach this game. I am not born in Stara Zagora, but I am particularly happy about how the city lives this dream and how the fans support the team. The players want to win this cup, but this is sport and everything is possible. We will do everything we can to have this cup again in Stara Zagora“, promised the coach.