Beroe U17 with a draw against Botev in Plovdiv 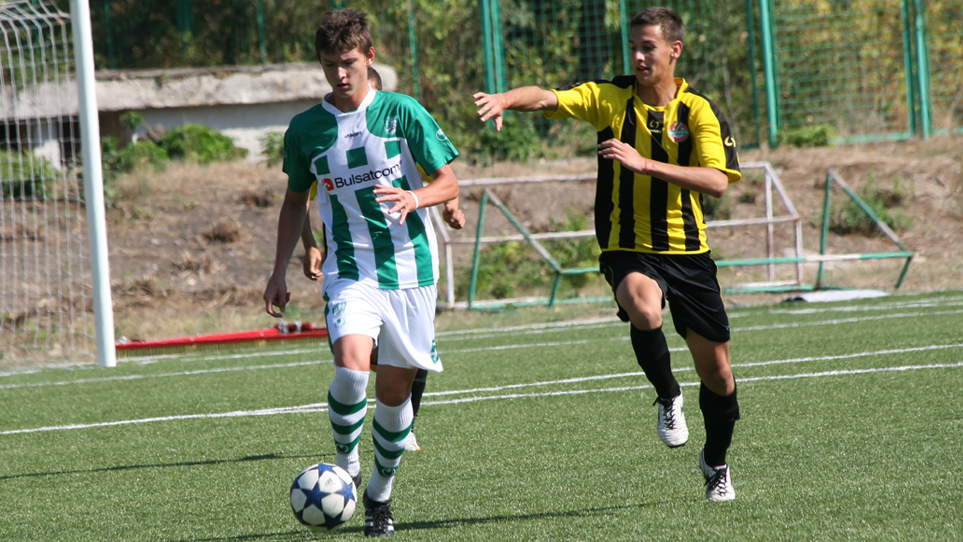 Beroe’s U17 team drew 0:0 today against Botev U17 in Plovdiv. The visiting team should be more disappointed with the goalless tie since it was the better team and had more goal chances.

The game was 25 minutes underway when Anton Mihov passed to Svetlin Simeonov, who made an attempt, but the ball was blocked from an opponent with the body.

Five minutes later Kiril Lichev got the ball, but did not take it well and it was blocked by a player from Botev.

Alexander Manolov took a free kick in the 69th minute, but was unsuccessful.

Nine minutes later Nikola Grozdanov entered the penalty area and made an attempt to pass to Mihael Lalev, but the goalkeeper was better place and saved.

In the last minute of the game the ball was shot to the goal of the visiting team, but Mihaylov blocked it in a corner.