Beroe could not win against Lokomotiv Sofia

Начало » Представителен тим » Beroe could not win against Lokomotiv Sofia 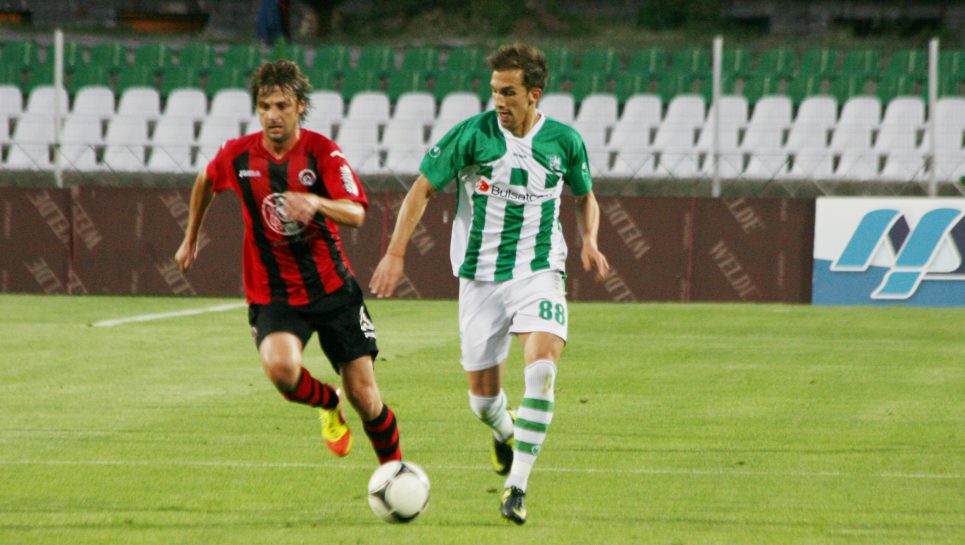 Beroe and Lokomotiv (Sofia) drew 1:1 in a game from the 26th round of the News7 football championship. 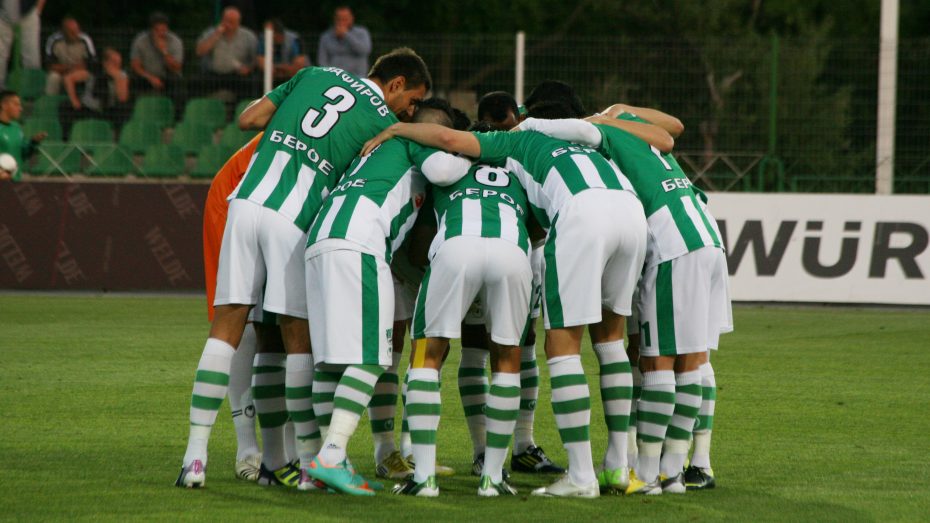 Marquinhos took a free kick in the 8th minute, but the ball met the player wall.

Four minutes later Amir Sayoud tried to pass to Georgi Andonov, but the ball was blocked by a defender from the visiting team. 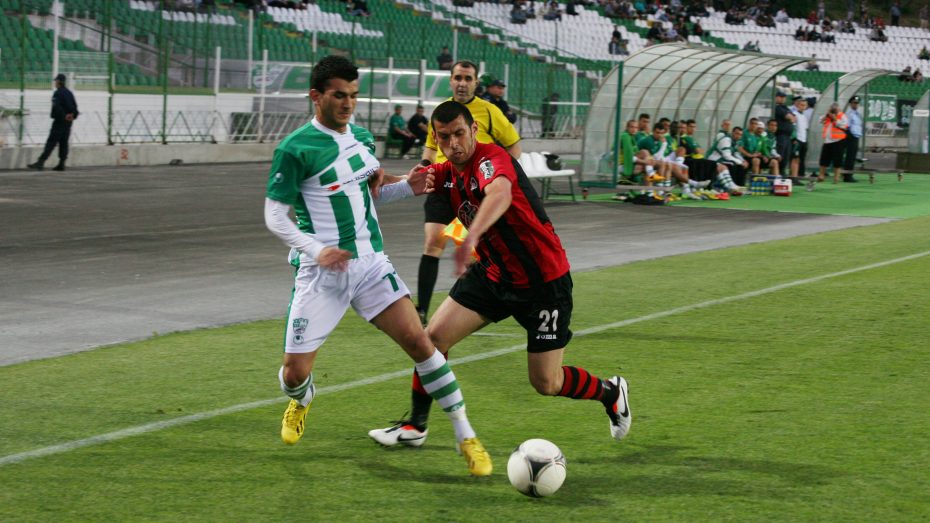 Pedro Eugenio crossed in the 17th minute from a free kick in the penalty area. Georgi Andonov and Elias could not play the ball and it flew past the post.

One minute later Georgi Andonov made an attempt from 12 meters but was not successful.

In the 27th minute Dani Kiki shot from the penalty area, but was too imprecise. 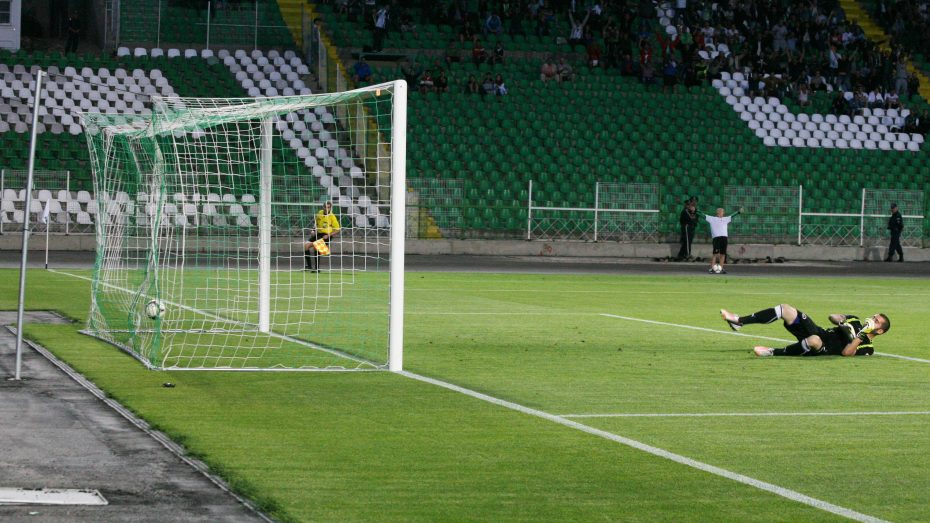 It was the 28th minute when Amir Sayoud passed to Elias, who gave the ball to Igor Djoman. He then passed to Georgi Andonov, who passed to David Caiado who was left fully alone by the defense. The portuguese player then scored from 10 meters for 1:0. 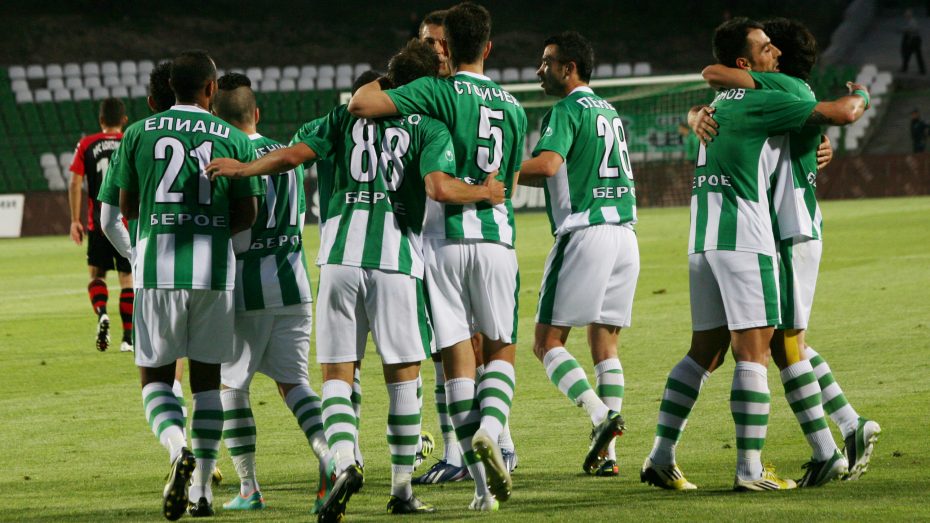 Marquinhos tried his luck with a distance shot in the 38th minute, Pedro Eugenio blocked. The ball then got again in the feet of Marquinhos who again made an attempt from 20 meters but the ball flew 2 meters over the bar.

In the 39th minute Amir Sayoud tried a kick from the distance, but the ball went high above the bar.

Four minutes after the start of the second half Pedro Eugenio took a shot from 27 meters from a free kick, but the ball went in corner after hitting a player from the wall.

Georgi Andonov and David Caiado tried a good attack in the 54th minute when they found themselves two on one with the goalkeeper. Andonov passed to Caiado at the penalty kick point who took too much time to shoot and was blocked by a defender who put the ball away. 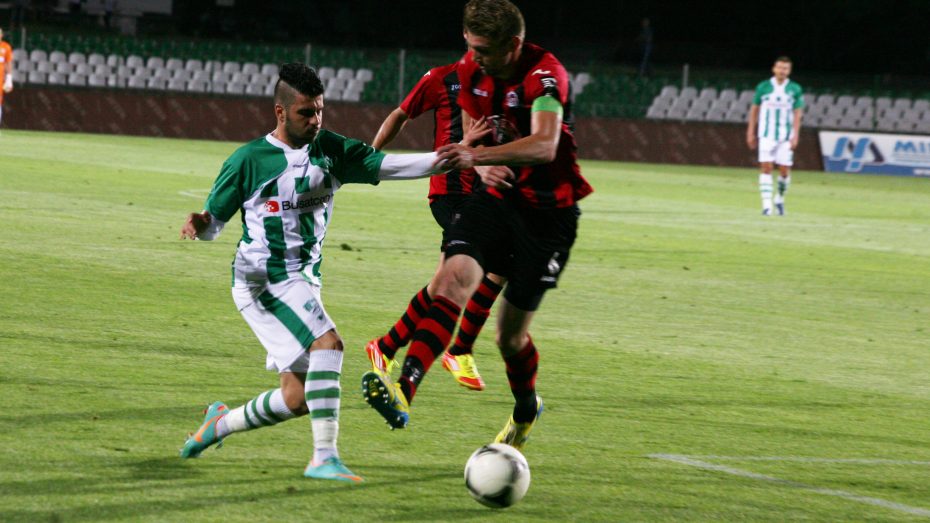 Amir Sayoud passed to David Caiado in the penalty area in the 59th minute. The portuguese player was one on one with Mitev, but the goalie was faster and managed to get to the ball before the winger. Branekov then secured it. 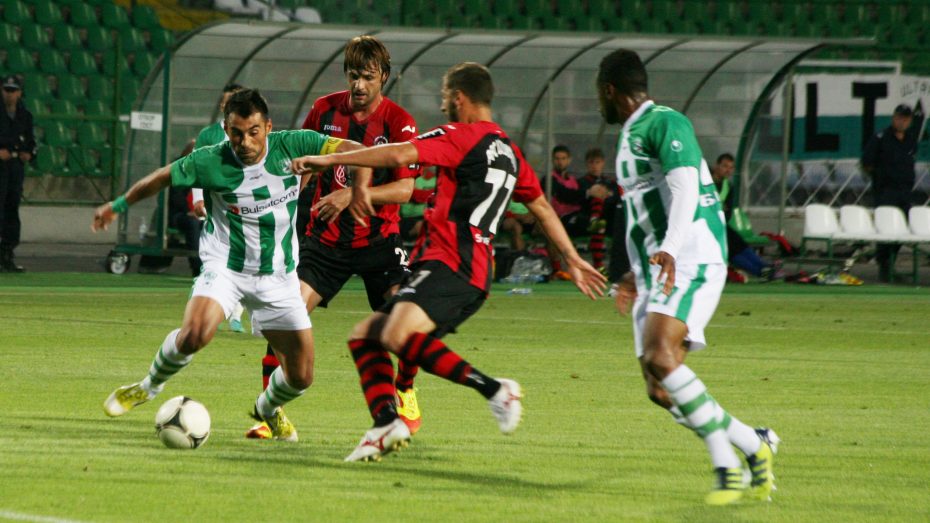 In the 64th minute Marquinhos took a free kick, but the ball landed directly in the hands of Ivan Karadzhov.

Five minutes later Iskren Pisarov got the ball after a fast attack and shot well, the ball was blocked by Karadzhov, but landed directly in Dimitar Iliev who then scored the equalizer.

There were not many opportunities to score for both teams till the end of the game since the visitors then switched their style of play and managed to secure the point and take it home. 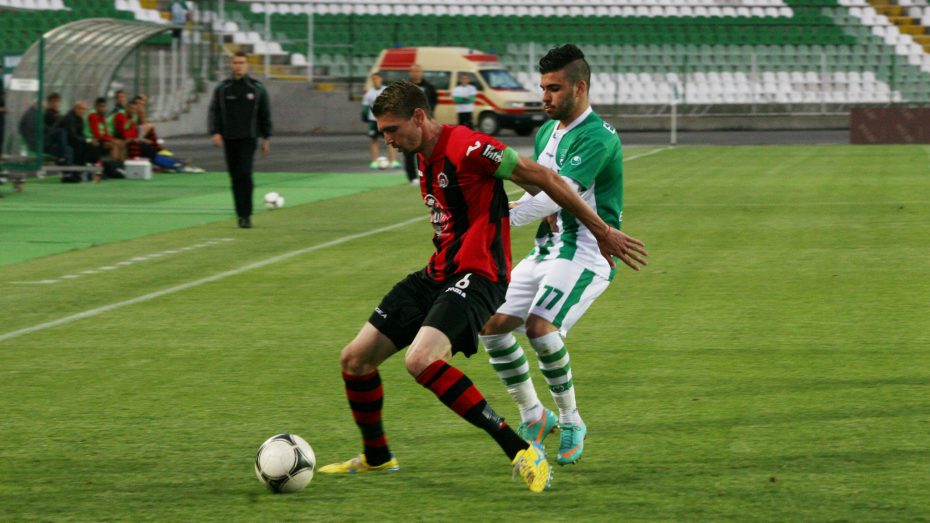