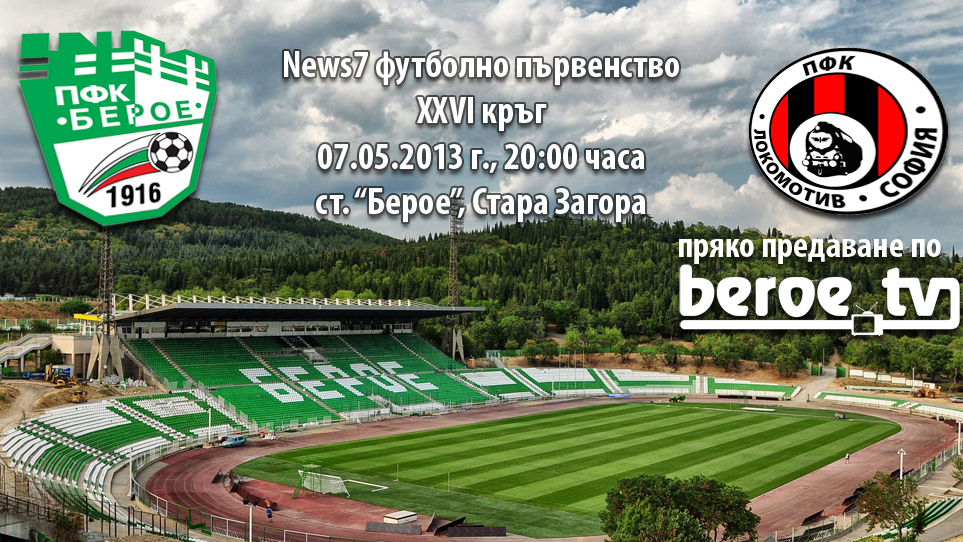 Tomorrow, May 7th, from 20:00 hours Beroe plays against Lokomotiv (Sofia) in a game from the 26th round of the News7 Football championship. The game will be broadcast live by beroe.tv.

Ventsislav Hristov is still injured and will be unavailable for the game.

Everybody expects a win from the upcoming game. That was told to beroe.bg by fitness coach Plamen Lipenski and forward Emil Angelov a day ahed of the match.

Beroe is currently occupying the 9th place, while Lokomotiv is at the 13th.

The autmn game did end with a 2:2 draw. Goalscorers were Marcho Dafchev and Antonio Pavlov for Lokomotiv and Georgi Andonov and Todor Hristov for the „green-whites“.

Referee of the game is Martin Bogdev from Burgas. Petko Petkov and Nikolai Hristov will be assisting. Fourth official is Stoyne Denev from Veliko Tarnovo.

This is the 90th game between those two teams in the history of „A“ Grupa. 24 of the games were won by Beroe, 41 lost and 24 matches ended with a draw.