Начало » Представителен тим » Beroe U19 with a 2:2 in Pomorie 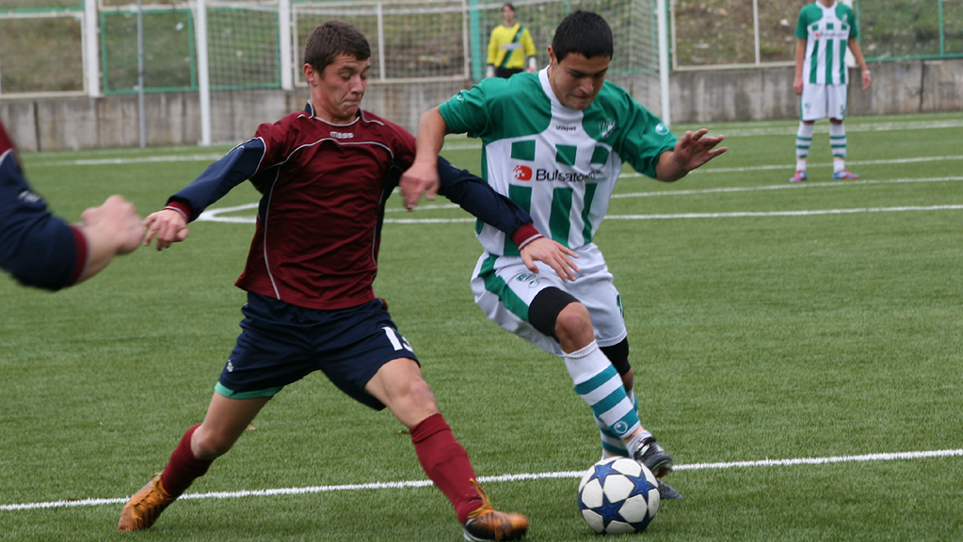 Beroe’s boys first managed to score. Plamen Penev made a good run and drove the ball in the net for 0:1.

A few minutes later the player could double the lead from a similar situation, but the goalkeeper reacted well and saved.

A shot by Plamen Penev in the beginning of the scond half hit the post.

The equalizer was scored in the 70th minute when Stoyan Milev made a mistake.

A few minutes ahead of the end of the game the visiting team scored a third goal, but the assistant referee decided on an offside position. After the game he apologized for this wrong decision.

Angel Kostov made an attempt from 5 meters in the last minutes but the ball did not find the net.