Hubchev: „We have our chances against Levski“

Начало » Представителен тим » Hubchev: „We have our chances against Levski“ 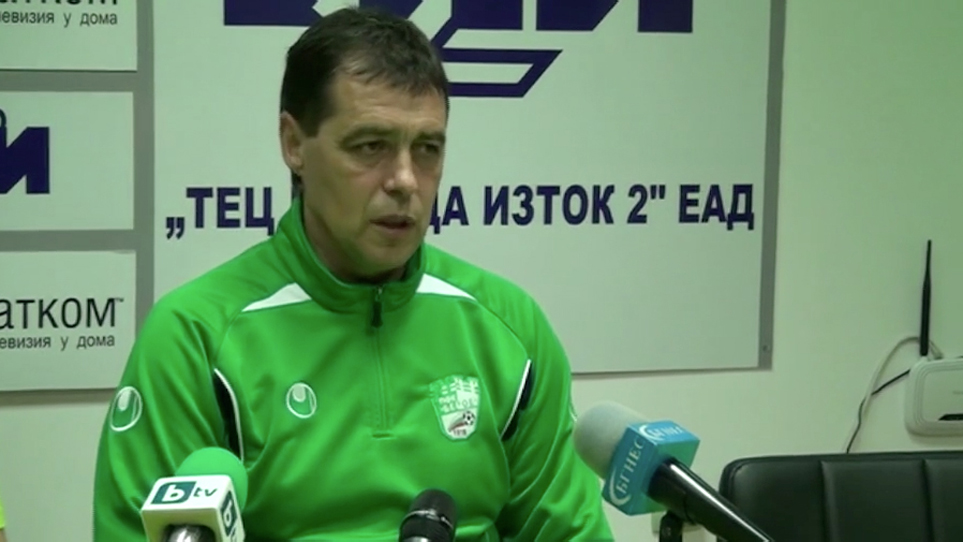 „I thank you for the applause, but this acclamation should be for those players, who were thrown with stones just 4 months ago. The tension was very big today, but we played a very good game in tactical respect. We were more patient and that is why we managed to score. It is good that in the team there are players who 3 years ago won that cup with Beroe. I want to dedicate this victory to my players, this is their success. Our duty was to prepare them the best possible way. Personally, I am very happy. In the last months it was very hard for me and for my family. I don’t have many friends, but they were near to me always when it was hard. The team is perfectly prepared. There are 7-8 players who did play in any game till now.“ – explained Hubchev about the game and the emotions of it.

„The emotion for me will now be bigger than it was 3 years ago. At that time I was the opponent of Beroe with Chernomoretz (Pomorie). Yes, it was a big success to reach the final with a second division team only with bulgarian players, but personally this years final is more important to me. However, now I want to think about tomorrows training. After that there are games until the final. We have our chances against Levski. Maybe there is no coach, who will say that his team does not have any chance. I do not have a preference where the final will take place and really do not care against who we play. The most important thing is that we are there.“ – told Hubchev about his expectations from the final game.

„It is well known that I was many years in Germany and of course I like the german football. However, the difference between bulgarian and german football is very big and there are things which have a very big effect on that – mentality, salaries, training conditions, food, lifestyle. It is normal that I try to use some things I’ve learned there, but we should not compare ourselves with german teams. We should also not copy them. Everything we take from outside should be adapted to our lifestyle. That is the only way it can work.“ – explained Hubchev about the german success in the Champions League.

„Amir Sayoud is still not fully ready. He made some nice attacks on sunday, but that is nothing special for me. He came very late in our team and had to cope with many things in order to be part of our team. He stayed 2-3 weeks in Turkey alone. Nobody from his family was with him while waiting for the Bulgarian visa. We tried to take care of him. What I see now is that he begins to laugh more and more, begins to talk to other players. If he makes a good preparation for next season, he will be very useful for the team.“ – clarified Hubchev about Sayoud.