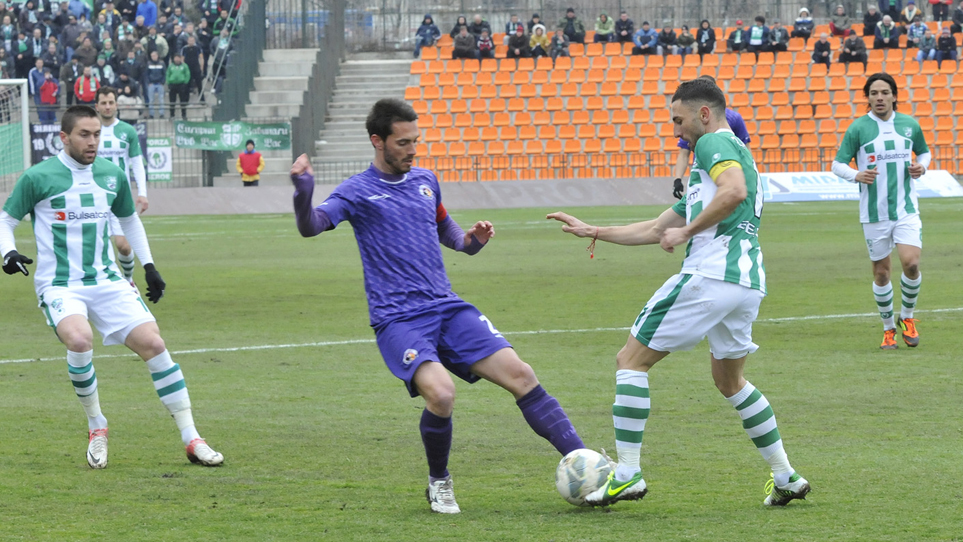 Beroe gained its first victory in the spring season of the News7 football championship. The green-white team won 2:0 away against Etar. The two goals were scored in the second half by Plamen Krumov and Ventsislav Hristov. 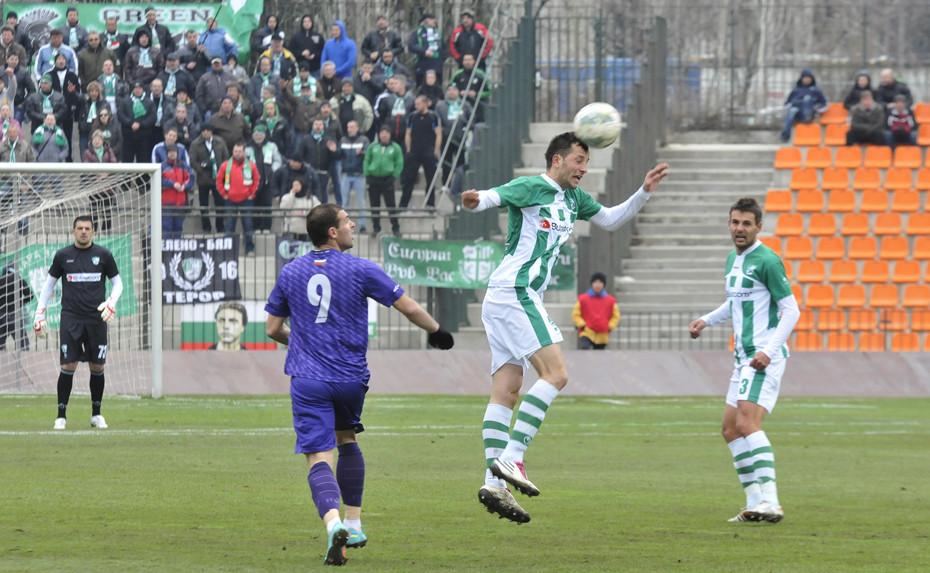 In the first half Beroe was more active and Plamen Krumov, Doncho Atanasov and Elias had their chances to score, but were unlucky with their attempts on goal. 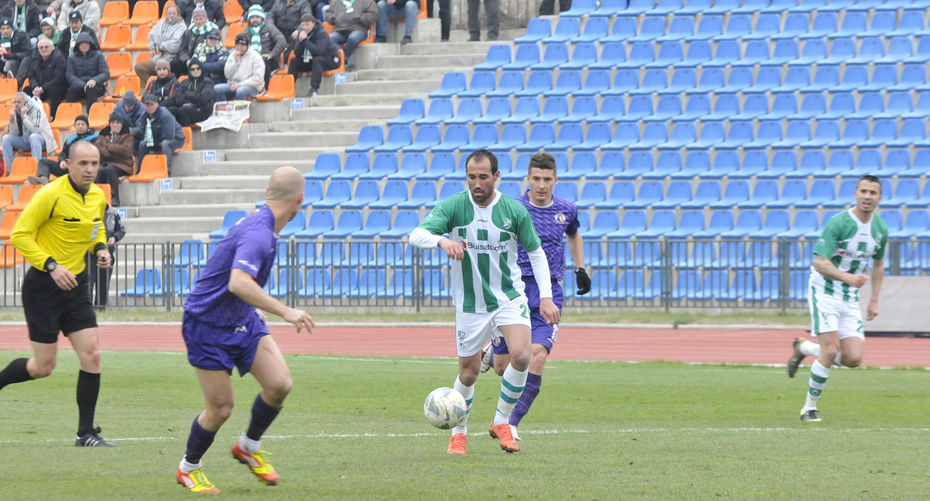 In the 27th minute Dormushali Saidhodzha attacked from right, crossed to Mahamat, who passed the ball to Lyubenov. He tried his luck, but his shot was blocked. 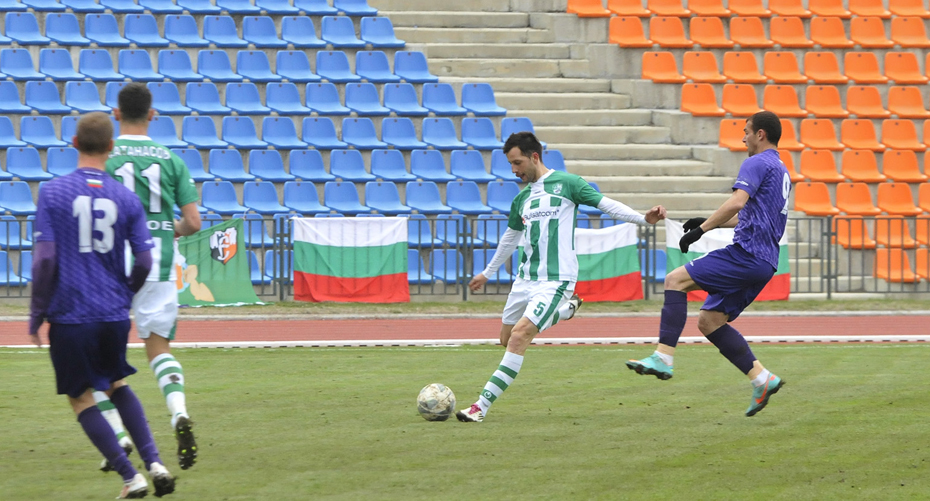 One minute before the break Dormushali Saidhodzha made an effort on goal, but the ball flew past the post.

In the 55th minute Mihail Protasevich did a professional foul against Georgi Andonov who was going one on one with the keeper. The referee did show him direkt the red card an awarded a free kick one meter ahead of the penalty area. Plamen Krumov took the kick and netted the ball with a wonderful shot for 1:0 for Beroe. 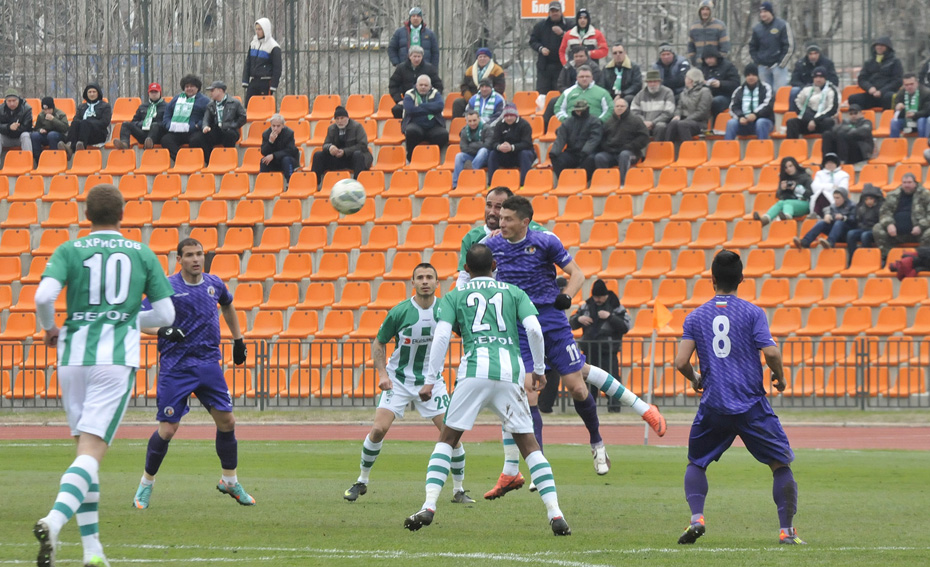 Seven minutes later Doncho Atanasov passed to Elias, who made an attempt from the line of the penalty area, but the ball hit the bar. 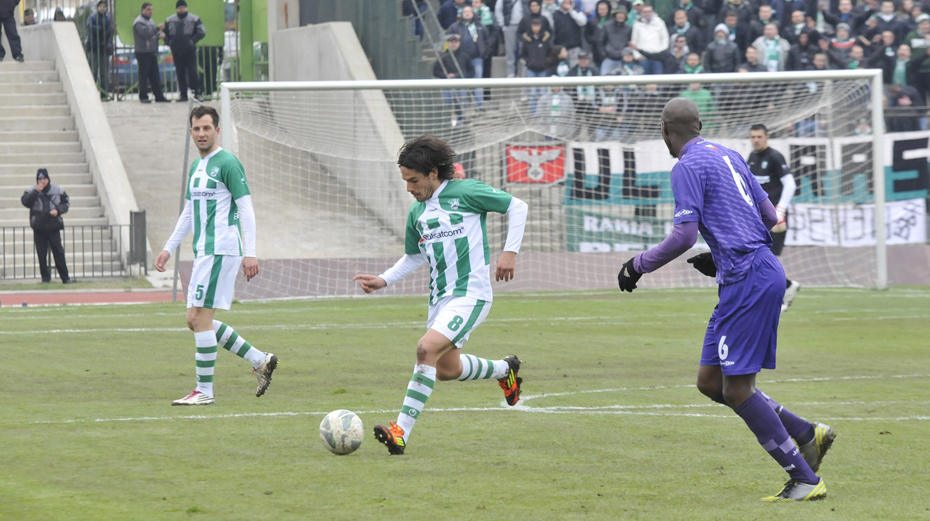 The second goal for Beroe was scored in the 71st minute. Alberto Louzeiro recovered a ball from an opponent and passed the ball fast fot Ventsislav Hristov who found himself behind of the defenders and stroke the ball in the back of the net. This was his first goal with the green-white shirt in an official game. 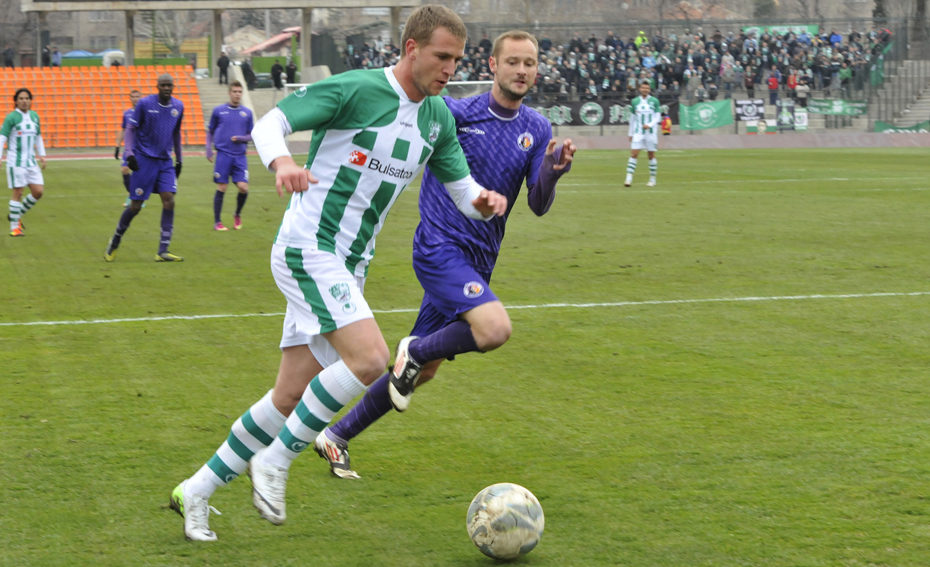 Five minutes later Georgi Andonov had to chance to score another goal for Beroe, but after his shot the ball went past the post.

Beroe continues the unbeaten run in the News7 Football championship. The next game is against Slavia on March 30 at 18 o’clock at home.