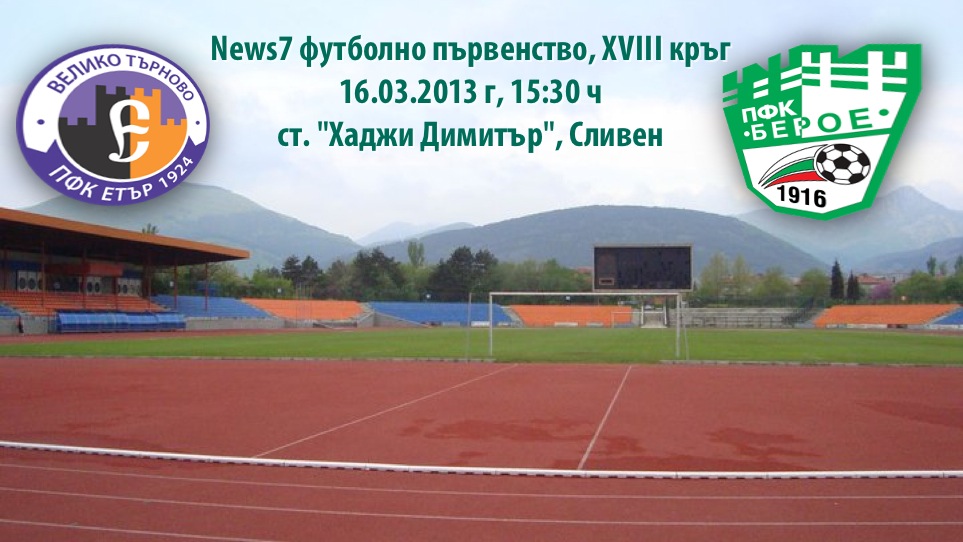 At 15:30 hours tomorrow Beroe will be playing against Etar in Sliven in a game from the 18h round of the News7 football championship. The game will be streamed live by beroe.bg.

The coach will not be able to have Pedro Eugenio, David Caiado, Emil Angelov and Ignat Dishliev in his line up. Jerry Sitoe is for the first time part of the 18 who will be travelling to Sliven for the game.

In the autumn Beroe did win with 1:0 against Etar. A late own goal secured the victory for Beroe. After the winter break Beroe has two draws – against Botev (Vratsa) and Ludogorets, while Etar did win the last two games against Montana and Cherno more.

Ahead of the game Etar is at the 15th place with 14 points.

Referee of the match is Stanislav Todorov from Shumen. His assistants will be Georgi Slavov and Martin Dimitrov.