Minutes after the cup victory against Pirin defended Veselin Penev awarded Miss Beroe Zhaklin Taneva for winning the competition. The beauty received an original home kit of the team with the signatures of all the players.

She also got many other fans articles and a season ticket for all games of Beroe. In the next couple of weeks she will also get a professional photo session from beroe.bg. One part of her prize Zhaklin decided to donate to the fanclub of Beroe. The money which is donated to the fans will be used for a special choreography for the next games. 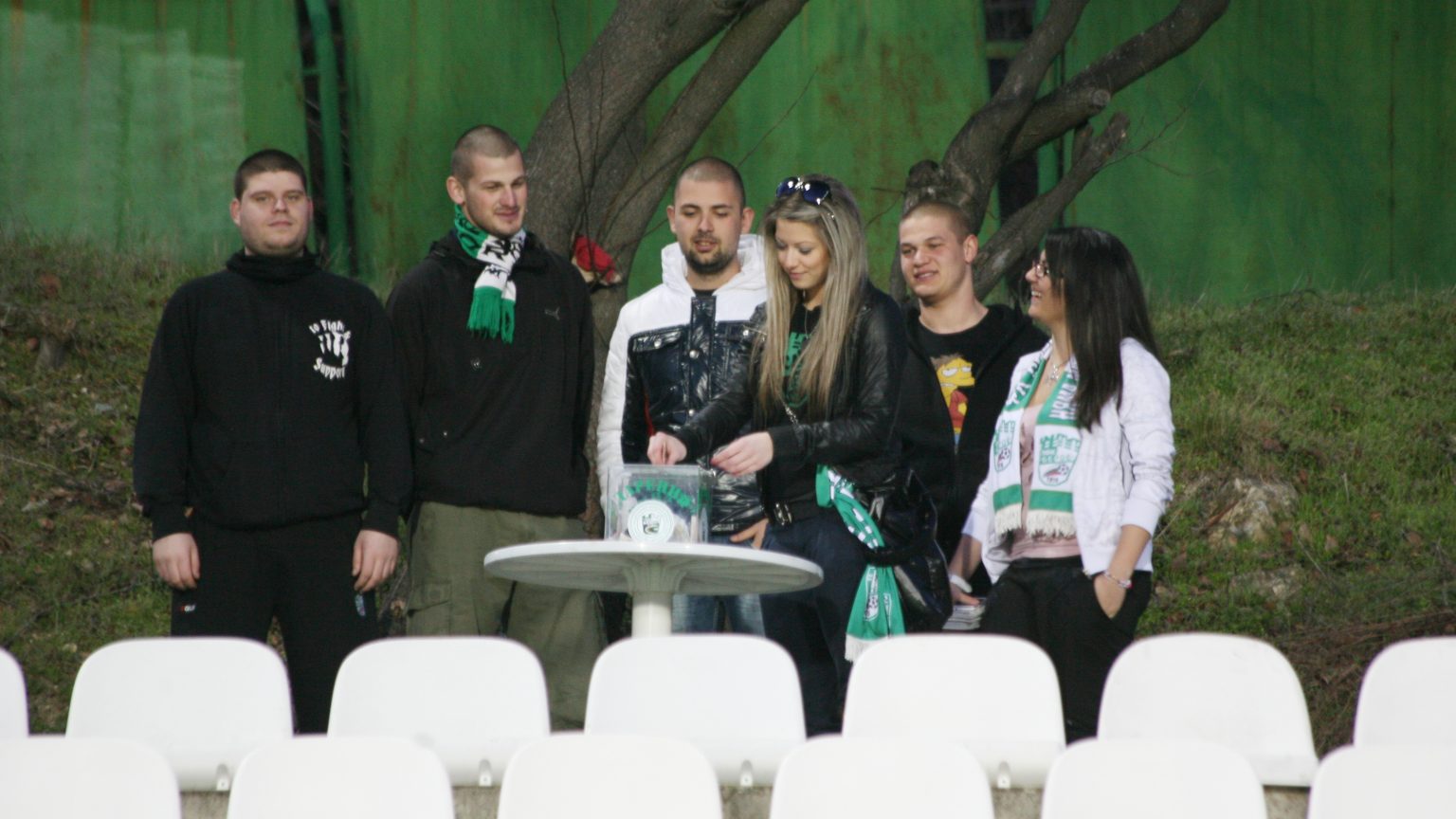 Durin the half time break of the game Zhaklin was guest at the half time analysis of the live broadcast of the game by the club television. She explained that she is very proud that she won. „All my friends and my family are also very happy for me“, explained Zhaklin. „In the last games Beroe was playing very well. We had chances to win against the champion Ludogorets last sunday, but were unlucky in front of the goal. Nevertheless I expect only victories in the next games“, said Zhaklin.